A huge thank you to the wonderful charity, The Sporting Bears Motor Club, who supported Sullivan’s Heroes at the NEC Classic Motor Show from 10th to 12th November 2017.

The ‘Bears’, a dedicated group of classic car and sports car enthusiasts, have the primary aim of raising money for children’s charities through their own social and touring events, and to support other charitable events.

The Bears offered ‘Dream Rides’ from the motor show, giving visitors the opportunity to jump into and experience some of the most spectacular cars in the world, all for just a small donation to the charity.

A awesome array of over 70 cars was available at the show for passengers to enjoy a ride, with the generous owners of the cars taking passengers out in their pride and joy onto the open roads surrounding Birmingham’s NEC. 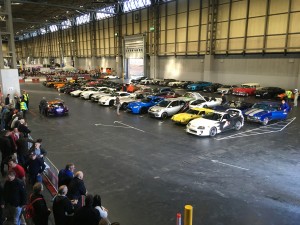 Members of the Sporting Bears Motor Club generously give their time, their car and cover the cost of their fuel, so that every penny of the donation goes to the children’s charities that the club supports across the UK. 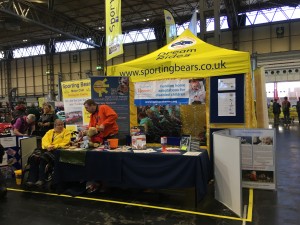 It is to the club’s credit that the annual subscriptions support the club’s overheads which allows all funds raised from Dream Rides and other events to be directed to the selected charities. The ‘Bears’ generously supported nine children’s charities, including Sullivan’s Heroes, with funds raised at the 2017 Classic Motor Show Dream Rides.

We are delighted to announce that the funds raised for Sullivan’s Heroes amount to a fantastic £3,927. All of these funds will be used towards home adaptation grants for the disabled children Sullivan’s Heroes supports, and are greatly appreciated in making a positive difference to the children’s lives.

Thank you so much to the whole Sporting Bears Team of dedicated staff and drivers involved in this impressive event – not forgetting ‘The Stig’ of course! – and to all those who so generously supported this event by participating in a Dream Ride. Thank you also to drivers Jack Keeling and Gareth Tansy for allowing us to experience a Dream Ride in their own beautiful machines – the Audi S3 Quattro and Lotus Elise respectively. 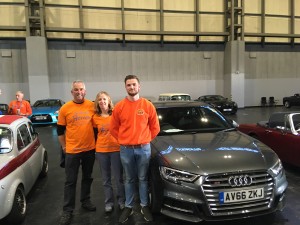 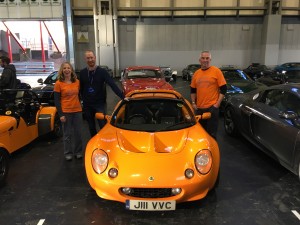