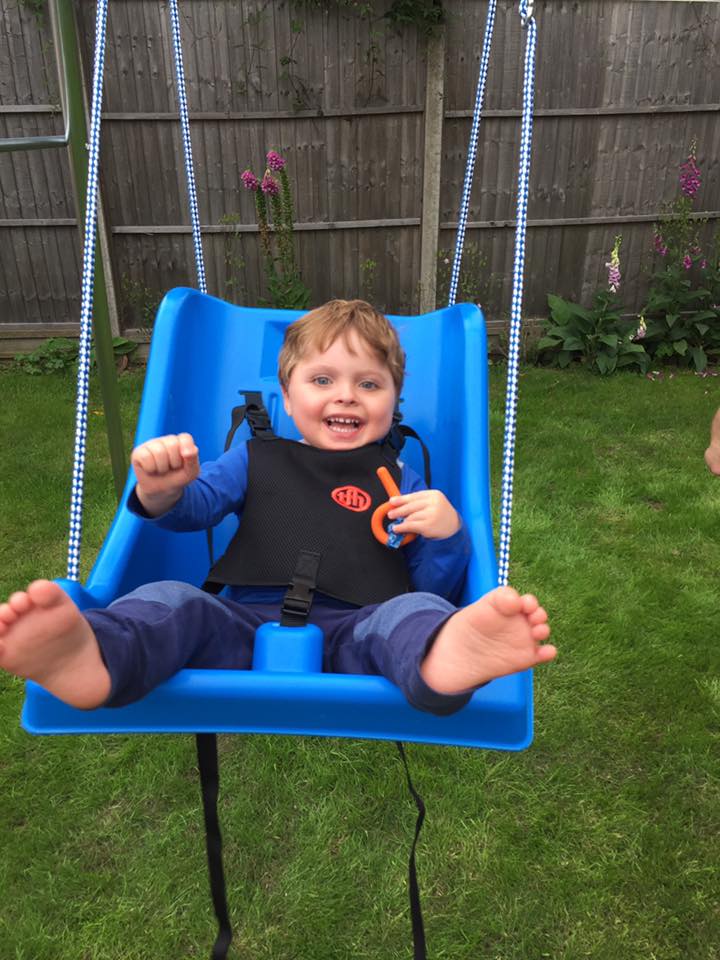 We are raising funds to enable us to provide our son William with a ground floor bedroom and an adjacent wet room. This will enable to us to receive the bed he and we require to keep us safe along with a hoist that will go from his bed to his bathroom. Also providing widened door ways to enable him to explore his home environment freely and safely. Level access to the front of the house will also be provided. Williams new bedroom will be replacing our existing kitchen, a new kitchen will be built at the back of the house.

William is receiving a grant through the disability funding grant but unfortunately it does not cover the whole cost of the build. This is why we are trying to fundraise the difference so the work can be carried out.

This will benefit William by providing him with as much independence as possible. He will be able to explore his home environment freely and safely. William will also be able to have his friends over of all capabilities.

This housing adaption will help us to provide William with the safe environment he desperately requires now and for the future. It will keep us all safe from harm and allow us to enjoy our daily life without any risks.

The current challenges we face on a daily basis at home is lifting and carrying William around his environment down stairs and upstairs to his current bedroom and our bathroom. William currently weighs just above 18kg and relies on us to get around his surroundings.

William is not aware of any dangers so still needs to sleep in his cot, lifting him in and out of this is becoming very difficult. Williams has been approved a new bed through his occupational therapist but it cannot fit in his current bedroom so it has been put on hold till we can provide him with a larger more suitable bedroom. We are also struggling with lifting William in and out of our bath as our bathroom is not suitable for a hoist.

William is 3.5 years old and is our first child.

Soon after his birth we realised he was not developing as we expected and not meeting his mile stones. After numerous visits to see his paediatrician we finally got them to agree on doing genetic testing. Shortly after his first birthday and 9 weeks from the blood test we got the results that William has a rare genetic chromosome disorder called Kleefstra syndrome.

Kleefstra syndrome is a rare genetic condition in which a tiny piece is missing from near the end of one of the bodies 46 chromosomes. The missing piece includes a gene called EHMT1. Its absence is believed to cause the major symptoms of the syndrome. The syndrome was officially recognised as Kleefstra syndrome in April 2010.

The way this affects William is he has global development delay, severe intellectual disability and low muscle tone. He is currently unable to stand and walk. He is non verbal, but communicates by using PEC cards, some Makaton, and making sounds. William has daily medication for his asthma as he is prone to chest infections. He also takes daily medication to help with his bowel movements. William could also develop seizures in the future.

He currently gets around his surroundings by bottom shuffling. William is 25% above average for his weight. He currently weighs just over 18kg and relies on us to get him around his home environment. We are currently carrying William upstairs to his bedroom and to our bathroom upstairs.

William is not aware of any dangers so still needs to sleep in his cot, lifting him in and out of this is becoming very difficult.

William has been approved a new bed through his occupational therapist but it cannot fit in his current bedroom so it has been put on hold till we can provide him with a larger more suitable bedroom. We are also struggling with lifting William in and out of our bath as our bathroom is not suitable for a hoist.

William is a very happy, cheeky little boy who steals the hearts of everyone who he meets. He has a very infectious smile and brings so much joy to everyone who spends time with him. He enjoys us singing to him, reading books, any musical toys and messy play. He loves playing with water, be it in the bath, swimming pool, or splashing in the garden in his paddling pool. He adores other children and trys to communicate with them by hugging and kissing. He adores animals, going to visit farms is something we do on a regular basis, we have a cat called Pluto who he loves to follow around the house by bottom shuffling after him.

William struggles with any change to his daily routine, however small it can have a big impact on him. Strict routine helps William understand his world around him. William struggles to communicate with unfamiliar adults/children, having someone with him at all times who knows him is a must. William finds it hard to play with toys on his own and needs help to show him how to use them, he loves one on one play with an adult.