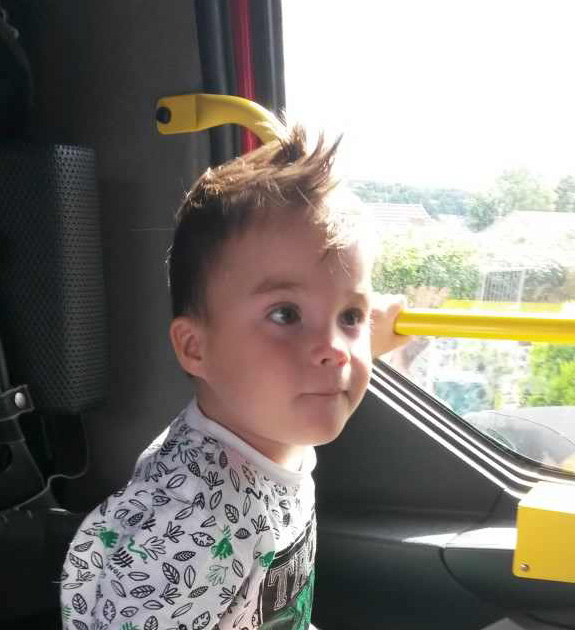 What are we fundraising for?

The funds we are raising are for us to provide Reuben with a downstairs bedroom with en-suite level access shower room and access to a safe garden suitable for him given his physical and learning disabilities. To enable us to provide a downstairs bedroom for Reuben we need to extend our living space to ensure we have sufficient space for Reuben to move freely around, and to accommodate his specialist supportive chair for eating and his kaye walker. Reuben is being supported by a Social Care Occupational Therapist and the adaptations have been approved by them – he is receiving a grant towards these adaptations – however it does not cover the whole cost – so we are trying to raise funds to cover the difference.

What difference will these adaptations make to Reuben's life?

These adaptations will make an enormous difference to Reuben’s life – he will for the first time have his own bedroom! He will be able to access his bedroom and shower room independently without needing to be carried or supported on stairs which are a real danger to him. The flat level access shower will enable us to access a shower with him much more easily than our current bathroom allows and enable us to meet his toileting needs in a dignified way. As he grows we hope the easy access shower room will enable him to develop some independence with toileting and washing. Extending our living space allows us to create this downstairs bedroom for Reuben and still gives us enough space for his equipment and for the rest of the family to live in.

Giving Reuben a safe accessible garden space will make him so happy! He wants to be out there all the time in the spring, summer and autumn with his two sisters and he needs a lot of support to access it right now due to steps and a concrete base. The garden plans for Reuben will enable him to not only be safe but to develop more independence in his play with his siblings and friends.

Reuben is three and a half – he has a twin sister and an older 7 year old sister.

From the very beginning we knew that Reuben wasn’t developing as expected – as his twin sister grew and developed Reuben struggled to feed and put on weight – and as time went on he didn’t meet his milestones or respond to us in the way a typically developing child would. I – his Mummy – had a very strong feeling that there was something significant affecting him so asked for genetic testing when he was 4 months old – at 6 months we got the test results which told us that Reuben had an extremely rare chromosome disorder called Tetrasomy 18p. This means he has 2 additional copies of the short arm ‘p’ of chromosome number 18. This chromosome duplication causes a variety of medical, physical, cognitive and developmental difficulties. There are apparently only a few hundred cases recorded worldwide – and to date Reuben has not yet seen a professional who has seen this disorder before – which does of course make it more difficult to know exactly how this will affect him as he grows.

What does Reuben struggle with?

This condition affects Reuben in various ways: He has global developmental delay, moderate to severe learning difficulties, muscle tone problems and he is currently unable to walk independently and finds it difficult to sit without support. He gets around the house by crawling – outside he uses an adapted pram or his Kaye walker that he is learning to use independently. He is not able to talk and communicates with us using sounds and some signs. He has neurological problems which cause some unusual movements such as wrist and ankle twirling and he is epileptic and is on anti-epilepsy medication. He has chronic constipation and is on daily medication to help him with this, he has feeding difficulties – he struggles with lumps and with biting and chewing and has a history of choking and aspirating fluids into his lungs – although thankfully this is much improved now. He is still learning how to tolerate lumpier and coarser foods and still cannot eat crunchy foods using his fingers that require biting and chewing. Reuben has a few different problems with his eyes – particularly his left eye – and is being continuously monitored by the eye hospital to see what the effect of this is as he grows. Because of Reuben’s learning disability he is very delayed in his understanding of the world, his developmental milestones and independence and he has no awareness of dangers. He is currently not able to do anything for himself without a lot of support which means he needs constant 1:1 support and supervision. His play skills are limited and he needs support to play with toys as he struggles to know what toys do or how to make them work. Reuben needs a lot of input from us his family and from professionals and requires constant repetition to learn and retain things.

How wonderful Reuben is!

Despite all of Reuben’s difficulties and the challenges he has had to face in his short life so far – he is our gorgeous, loveable, cheeky funny wee man! He is happy and he absolutely loves people, he loves silly noises and actions that make him laugh – and his giggle is so infectious! He is gentle and loving and loves cuddles. He loves playing with his twin sister and older sister – although often he doesn’t really understand what they are doing and so can’t ‘properly’ join in he follows them around joining in in his own way! He loves messy play, sensory lights, water play, soft play, music and swings and adores his swimming lessons that I take him to once a week. He loves all kinds of transport and gets very excited when he sees the weekly rubbish removal truck or an airoplane.

Reuben loves going to a mainstream nursery for a couple of short sessions a week where he has a 1:1 and he is well supported with a range of therapies in his special needs nursery 2 days a week which he loves.

So here we are 12 months later - what has happened in the last year!

Reuben has made great progress in the last year - he is now walking! He wears a lycra suit and leg splints all day every day to help his posture and balance and this has helped him to learn to walk - he can walk around indoors and in smaller outdoor areas without his kaye walker now. He can't walk long distances and uses his kaye walker still in bigger outdoor spaces like his school playground and parks. He still struggles a lot with balance and coordination and falls a lot - so the improved downstairs living space and safe garden will really help to keep him safe.

He started our local specialist school in September - it was was sad to see him and his twin go off in separate directions to separate schools - but this is absolutely the right school for Reuben - he has settled in really well and loves it - and they all love him. I am told all the time how sociable cheeky and funny he is! His language is developing - albeit it very slowly - he has an increasing number of single words - we his family understand these - but not everyone else does! He is using some signs too.

Reuben's epilepsy has worsened in the last 12 months with an increase in absence seizures that have delayed his development further. It it is proving to be drug resistant so we are looking at alternative treatment options.

We still have to second guess a lot of Reuben's needs, he has no real understanding of danger so he needs constant close supervision and support with everything. The adaptations to the house are going to make such a difference to him and us - simple things like having a stable door on his bedroom and kitchen mean we can separate him from risks to keep him safe without closing him off altogether or containing him in his chair. Stairs remain a big danger so his bedroom downstairs is needed more than ever now as he is growing and becoming more physically able - which presents lots of new risks! And knowing that this spring/summer we will have an accessible safe garden where he can play without constant risks of hurting himself is such a huge relief and pleasure to us! 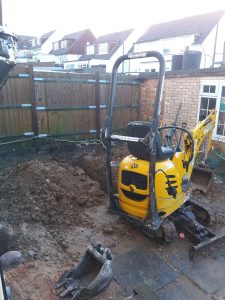 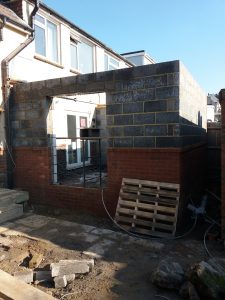 We are almost there!!!

The extension is up and this week the roof light should be in and the internal walls will be boarded and plastered. Over the next couple of weeks the space will be decorated and the flooring laid.

Reuben's wetroom - the tiler is completing the tiling today and within the next couple of weeks the floor will be laid, the sanitary ware fitted and the bedroom carpet laid. 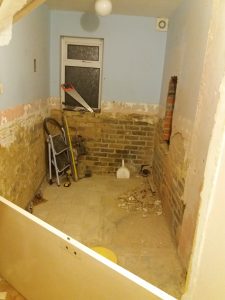 laid in the garden - and a beam erected to 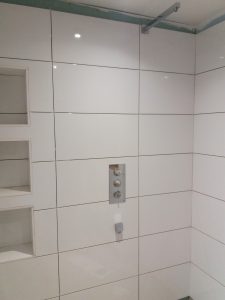 suspend 3 swings for our wonderful 3 children!

We have been amazed by all the fantastic support our fundraising appeal has been given - we are still short of about £5,000 - and I am continuing to apply to relevant funding bodies in the hope that all the costs can be met.

Watch this space for news of when the project is complete!

And thanks to all of you who have supported us.

Reuben's big sister Lily-May and his Godmother Ali are swimming further than they have swam before in a collective 1.5km sponsored swim challenge in support of a very special boy who they love very much. The swim is taking place on 8th April and they are working hard preparing and collecting sponsors. Reuben's big sister wrote this delightful poem about what she is doing and why!

I am also doing a sponsored swim for you

It is my first time – so it doesn’t have to be divine and I very hope I like it!