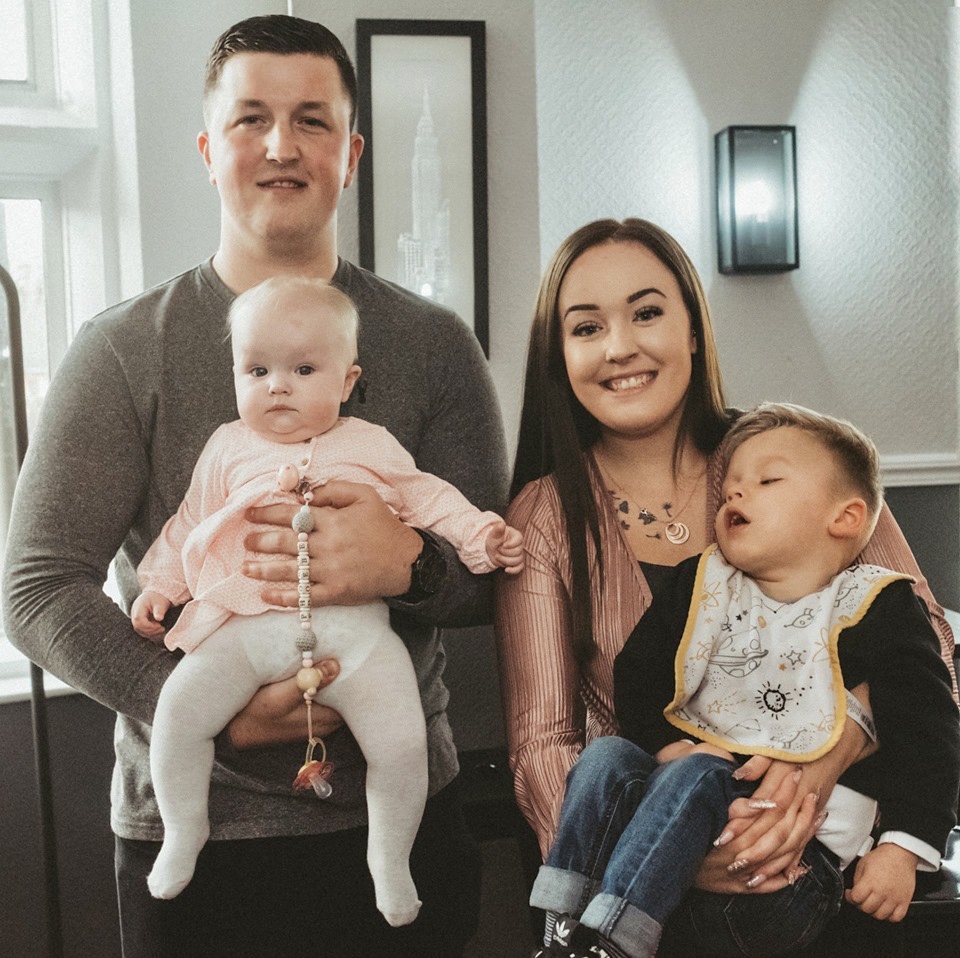 We’re adapting our family home with a wet room and bedroom to give Mason the best life he can possibly have by making it safer and less stressful for him by staying on the ground floor.

By having these adaptations for Mason will make our whole family’s life a lot easier. Me, as his mum and full time carer, I am getting to a point were I cannot get Mason up and down the stairs or out of our bath/bathroom in a safe manner as the older he gets the bigger he gets. Due to Mason's disabilities he is a dead weight when being carried and it is now becoming extremely difficult to manoeuvre him around the house.

Mason was born at 31 weeks and 1 day via an emergency section, he was weighing a tiny 2lb 4oz.

Previous to this we had paid for a private 4D scan at 29 weeks to be told he was only measuring at 26 weeks and to contact my midwife which we did, we was sent for a scan at our local hospital (kings mill) where we had our scan and knew in our gut that something was wrong.

We was told Mason had stopped growing due to a kink in the umbilical cord and the best option was for me to try and get to 32 weeks and then have a caesarean. I lasted 5 days and was rushed for a emergency csection as I had lost all my fluids and we was at risk of loosing him.

The c section happened and Mason was born all 2lb 4oz of him were perfect even though he did look like a little old man! He was taken to the NICU for oxygen and to help put weight on.

We was over the moon with him and couldn’t wait to take him home.

After a couple of weeks went by he was doing amazing, the weight was pounding on him and he looked more like a little baby.

3 weeks in and our world came crashing down with a phone call at 2am, sadly Mason had fallen seriously ill and was being rushed to Sheffield for live saving surgery, Mason had an infection called NEC – this infection kills the bowel along with the baby.

He was given a survival rate of less than 25%. His surgery went well but he was still critical and on life support.

As the week went by he came off his life support and back onto oxygen, he was so fragile and all we could do as parents was just watch and hope for the best.

A couple weeks passed by and Mason was doing well, back on feeds and his pain was being controlled with meds, even though things were different with him as he now had a stoma and a lot more wires but that was ok, we were blessed to still have him with us.

A routine brain scan happened and we was pulled into a side room to be given more awful news – Mason had suffered a huge bleed on his brain on both sides, front to back.

We was told by a consultant to give up on him as we was so young and wouldn’t be able to look after him as the outcome was unknown.

5 years on and we have a beautiful amazing little boy. Mason has a lot of health issues and every year the list gets longer-

We are now fundraising to adapt our family home to meet Mason’s needs by giving him a safer, less stressful place to live.
Mason now needs a lower floor extension, which will have a wet room, bedroom and extra living space for all his equipment.

Our target is to raise £25,000 to help us reach our end goal by given Mason what he needs in life.

How will this benefit us?

This will change our lives massively by taking a lot of weight of our shoulders, knowing our son will be safer on the ground floor without having to worry about how we are going to get him up the stairs or into the bath.