We at Sullivan’s Heroes, along with Noah and his family, are delighted now that the £45,000 target required to ‘Build Noah a Bedroom’ has been reached. This has enabled an extension to be built on the family home to house Noah’s new bedroom and 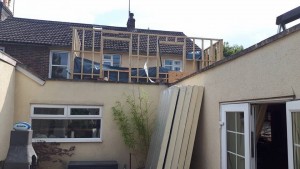 bathroom, complete with ceiling hoists and a wheelchair accessible lift, so that all Noah’s personal care needs can be met with dignity. 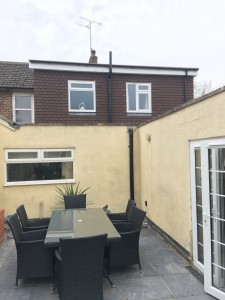 Noah’s Mum gives us some background into Noah’s requirements for the project. “Noah is growing up fast and manual handling was becoming a great concern, also as he is a fulltime wheelchair user he was constrained as to where he could go in the house.

“His bedroom was too small to accommodate a wheelchair or a specialist bed for him, and we were having to hold him in the shower while we washed him. Not great for family life, or for Noah’s dignity.”

As Noah’s Mum continues “The adaptations have increased the size of Noah’s bedroom and he now has a through floor lift, so he can be wheeled straight into 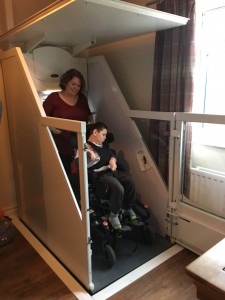 his bedroom from downstairs, so no more having to carry him up the stairs. 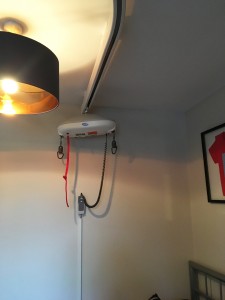 “We have a ceiling hoist to assist with manual handling, and Noah now has his own adapted bathroom so bathing has become a joy for him again.

“All doors in the house have been widened to accommodate Noah’s wheelchair, so that he can now access every room.

“The adaptations have greatly improved our family life – we are not at risk of injury any more from having to lift him, and Noah isn’t at risk when he is being showered like he was before, when we were carrying him when wet.

“Noah loves his new bedroom as he has space to play with all his sensory toys; and the hoist when used together with a 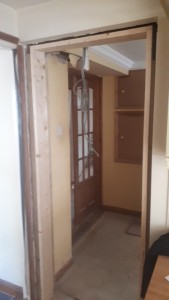 walking sling will also give him some independence. 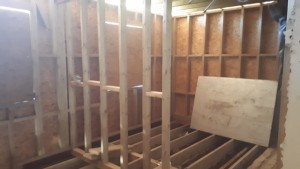 Noah’s Mum explains Sullivan’s Heroes support for the project and the fundraising involved. “From the first time that I spoke to Fiona from Sullivan’s Heroes, I felt like a huge weight had been lifted from my shoulders, as she completely understood how life was for us, as she had experienced it herself.

“She was also full of knowledge about the minefield of fundraising, and the pitfalls to avoid. Without Sullivan’s Heroes help I think we would still be plodding along, struggling to cope but not knowing how to begin any type of fundraising.”

Noah’s family not only arranged fundraising events themselves to support Noah’s project, but also 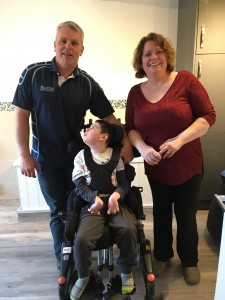 raised funds through local charities, companies and organisations; through events organised and 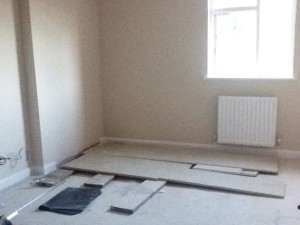 participated in by friends, family members and colleagues; and from donations and events undertaken by members of the general public. We at Sullivan’s Heroes fully commend Noah and his family, and everyone involved in raising the £45,000 required for Noah’s fantastic new room. 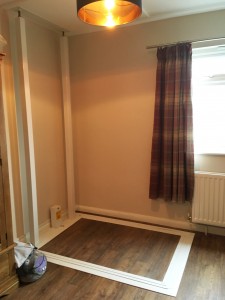 funds to cover the cost, their help is invaluable. Sometimes just talking it through with somebody who understands is a great help, even if you just need a pointer in 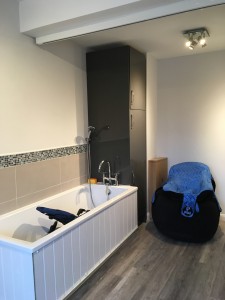 “From helping us set up our fundraising page, right through to recommending charities who might help with contributions, Sullivan’s Heroes was with us every step of the way.” 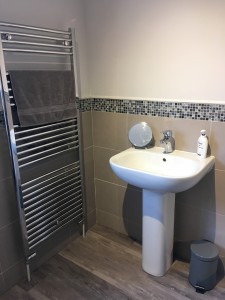 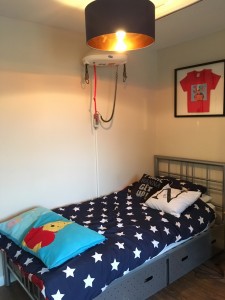 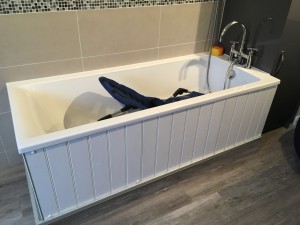