We are very excited that John Lewis’ Community Matters programme will be supporting Sullivan’s Heroes in their Tunbridge Wells store, from 1st August through to 31st October 2018. 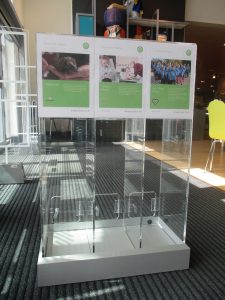 directly involved in deciding how much each nominated group receives, by using a token to vote for the organisation they’d like to support. Each shop has £3,000 to donate which is split between the charities according to the proportion of the vote they have received from customers.

During August, September and October this year, Sullivan’s Heroes will feature as one of those three causes in the Tunbridge Wells branch, in Kent.

At the end of your shop in store, you’ll receive a token to place in the Community Matters box. The more tokens Sullivan’s Heroes collects, the bigger the donation the charity will receive.

So please do pop down to John Lewis in Tunbridge Wells if you can, to show your support for Sullivan’s Heroes – and help fund home adaptations for disabled children.