We are very excited that a wonderful charity, The Sporting Bears Motor Club, will be supporting Sullivan’s Heroes at the NEC Classic Motor Show from Friday 10th to Sunday 12th November.

children’s charities through their own social and touring events, and to support other charitable events. 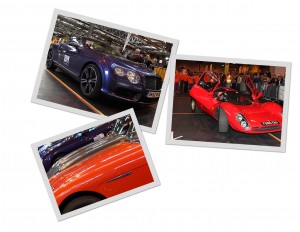 The Bears will be offering ‘Dream Rides’ from the motor show, giving visitors the opportunity to jump into and experience some of the most spectacular cars in the world and all you have to do is make a donation to the charity. The size of your donation depends on the car you want to be taken for a drive in – starting from as little as £10. A fantastic array of between 70-100 cars will be available for you to enjoy a passenger ride, taking you out onto the open roads surrounding Birmingham’s NEC.

Last year, with the help of the club’s members, the marques on offer included Cobras, Ferraris, Maseratis, Porsches, GT40’s, 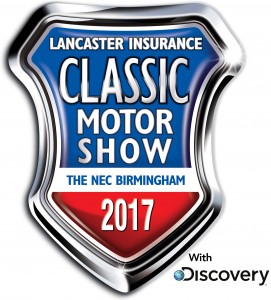 Jaguars, MG’s, TR’s, Lamborghinis, Aston Martins and for those of a younger age there was even Noddy’s car!

The Sporting Bears Motor Club members generously give their time, their car and cover the cost of their fuel, so every penny of the donation goes to the children’s charities that the club supports across the UK. It is to the club’s credit that annual subscriptions support the club overheads which allows all monies raised from Dream Rides and other events to be directed towards the selected charities. The ‘Bears’ will be supporting nine children’s charities, including Sullivan’s Heroes, with funds raised from the Classic Motor Show Dream Rides.

To enjoy your ‘Dream Ride’ – whilst raising funds for Sullivan’s Heroes and other children’s charities – visit the Sporting Bears’ stand in Hall 5 at the NEC Birmingham Classic Motor Show between 10th to 12th November 2017.