Huge congratulations and thanks to Abi and Ben on their awesome achievement of the Rust 2 Rome Challenge. 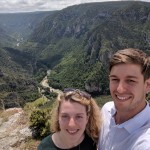 Not only have the intrepid pair and their SullyWagon successfully navigated the 4,500 miles from Edinburgh to Rome in just 9 days – but team SullyWagon and all its supporters have raised a fantastic £1,476 towards home adaptation grants for the disabled children Sullivan’s Heroes is 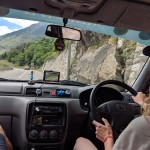 The challenging route took the team, including their SullyWagon – which was purchased for the stipulated under £500 and wrapped in the unique light blue colour and purple spots of Monsters Inc.’s ‘Sullivan’ – via numerous places and sights en route.

Along with 41 fellow teams, they have 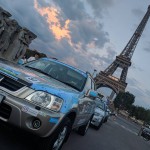 navigated the French Alps, and the countless hairpin bends and twisting roads famed in the James Bond and Italian Job movies, including the Col de Turini high mountain pass in the Alps, a renowned stage in the Monte Carlo Rally. 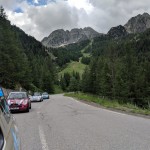 Thank you to all the SullyWagon Team’s generous sponsors and
supporters, including Visick Cars for their Air Con and fuel donation; Clive Smith at 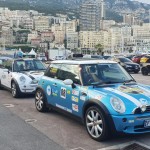 Snap-on for the socket tool set donation and Madeira Windows for the sponsor of the Sullivan’s Heroes charity decals.

You can watch the intrepid team’s journey at their Rust 2 Rome blog, and there’ still time to donate to smash the Team SullyWagon’s £1,500 target by visiting: www.justgiving.com/fundraising/abi-quinn1 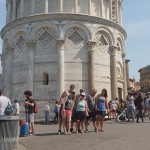 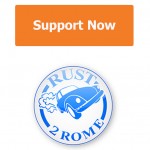 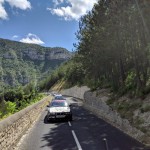